Ola Electric has announced it has raised over $200 million in funding led by global asset manager Falcon Edge Capital, Japan’s Softbank and other firms, with the electric vehicle maker valued at $3 billion. Ola says the newly secured funding will help the company ‘accelerate development of other vehicle platforms’ including its upcoming electric motorcycle, electric car and scooters that follow its maiden offering, the Ola S1. Right now, Ola is starting its journey in the vehicle manufacturing business with a scooter, but eventually plans to have an extensive portfolio of both two- and four-wheelers.

In a tweet published on Thursday evening, Ola Electric CEO Bhavish Aggarwal announced the fund-raising, and said India is “building technologies of the future” as it evolves into a “global EV hub”. He also said that he hopes motorists in the country will shun petrol-powered two-wheelers entirely after 2025.

India is building technologies of the future and becoming a global EV hub! With this raise, we will accelerate our vehicle dev across 2W scooters, motorbikes and 4W.

And fast track Mission Electric: No petrol 2W in India after 2025! #jointherevolution https://t.co/u2IGW7oshB

After finally commencing sales on 15 September, Ola Electric was forced to temporarily stop accepting purchase orders on 16 September. In two days’ time, the company claims to have sold scooters worth Rs 1,100 crore, and Tech2 understands the total order bank with Ola Electric for the S1 and S1 Pro electric scooters is in excess of one lakh units, with bookings running into multiples of lakhs. The purchase window will reopen at the start of November, but prices for the S1 (Rs 99,999) and S1 Pro (Rs 1,29,999) are likely to see an upward revision. 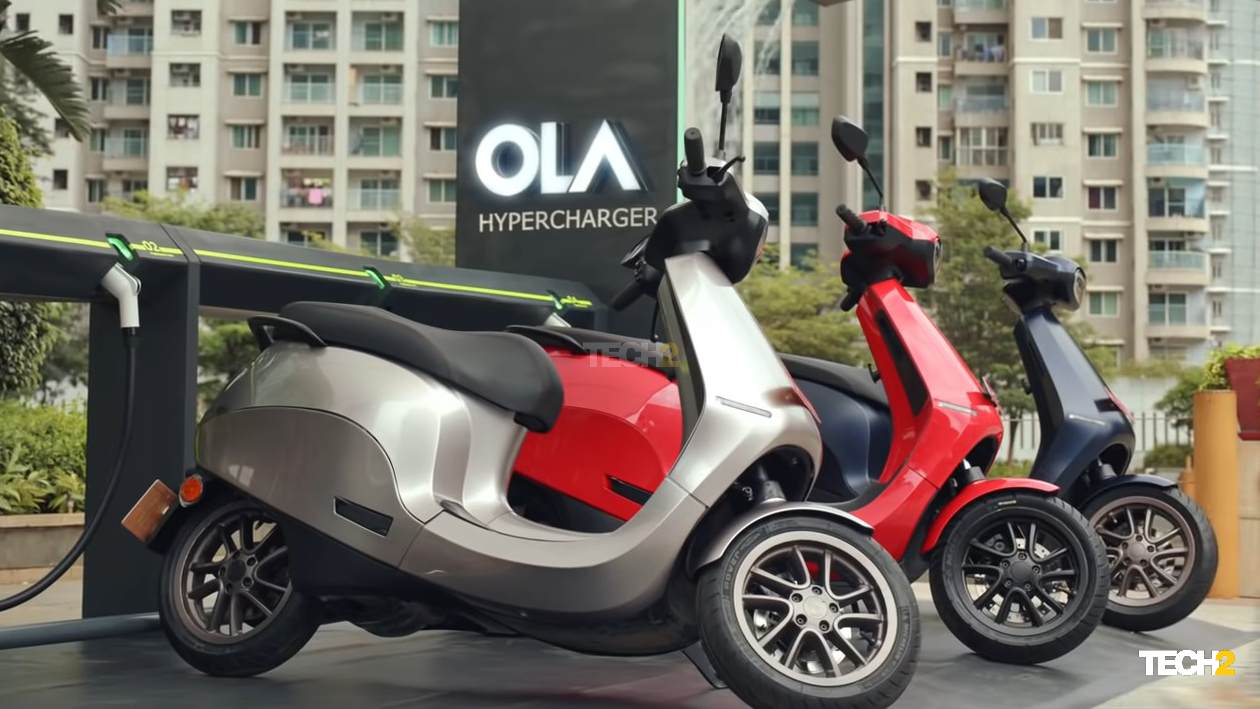 The S1 and S1 Pro are only the first in a range of electric two-wheelers Ola Electric plans to launch in the coming years. Image: Ola Electric

Ola has previously said it will commence deliveries straight to buyers’ doorsteps from late-October, and is currently in the process of conducting trial production at its sprawling Futurefactory in Tamil Nadu, which the company claims is the world’s largest factory to employ an all-women workforce.

The plant is billed the world’s largest two-wheeler production facility, spread out over a total of 500 acres of land. Ola’s facility has an annual production capacity of two million vehicles in Phase 1, and that number will rise to ten million vehicles by next year. At that point, Ola Electric estimates it will be producing a new two-wheeler every two seconds from ten production lines.

While its first product was based on the AppScooter developed by Dutch start-up Etergo (acquired by Ola Electric in 2020), the company is working to develop different types of electric vehicles, and has even appointed former Jaguar design chief Wayne Burgess as its vice president of design.