Video calls gained immense popularity during the pandemic-induced lockdown. App manufacturers did not waste any time provisioning for more and more people to join a group call, making your phone screen resemble a cluttered news channel debate. I am sure you craved for a larger screen to shift the crowd to. Also, not all video calls are work-related, and you often wish you could just be a part of informal calls from the comfort of your living room couch. If you have an Android TV, we have just the product you need. Let’s get to know Xiaomi’s Mi TV Webcam better.

What is the Mi TV Webcam?

Part of the answer is right there in the name. It is a webcam meant for TVs – Android TVs, to be specific – running official Android TV OS version 8.0 or higher. All you need to do is plug it into a USB port of the TV with the bundled 1.5-metre-long USB-A to USB-C cable, install Google Duo and you are good to go. There is no need to install any other software or drivers for it to work. The Xiaomi Mi TV webcam can be plugged into the USB port of a TV with the bundled 1.5-metre-long USB-A to USB-C cable. Image: Tech2/Ameya Dalvi

How is it different from regular webcams, and which platforms/apps is it compatible with?

It is pretty much a regular webcam, but unlike most, it is compatible with Android TVs, too (and not just those from Xiaomi), other than your desktops and laptops running Windows 7 or newer versions. It can also work with Android TV streaming boxes with a USB port, though I did not try it out. The Mi TV Webcam is truly plug-and-play, meaning you do not need to install any drivers; just connect it to a USB port of a compatible device and it’s ready for action. While app support on TVs is currently limited to just Google Duo, it is compatible with all popular video-calling apps on Windows.

What are the key features of Mi TV Webcam?

The Xiaomi Mi TV Webcam has a 2 MP fixed focus camera that can deliver a 1080p Full HD video output at 25 frames per second. It has a 71-degree field of view, which is sufficient to accommodate three to four people in the frame, seated at least two-and-a-half metres away from the webcam. It has two far-field microphones that can capture sound in stereo up to four metres from the device. In reality, you may find yourself noticeably raising your voice beyond the two-and-a-half- to three-metre mark (beyond eight to ten feet). 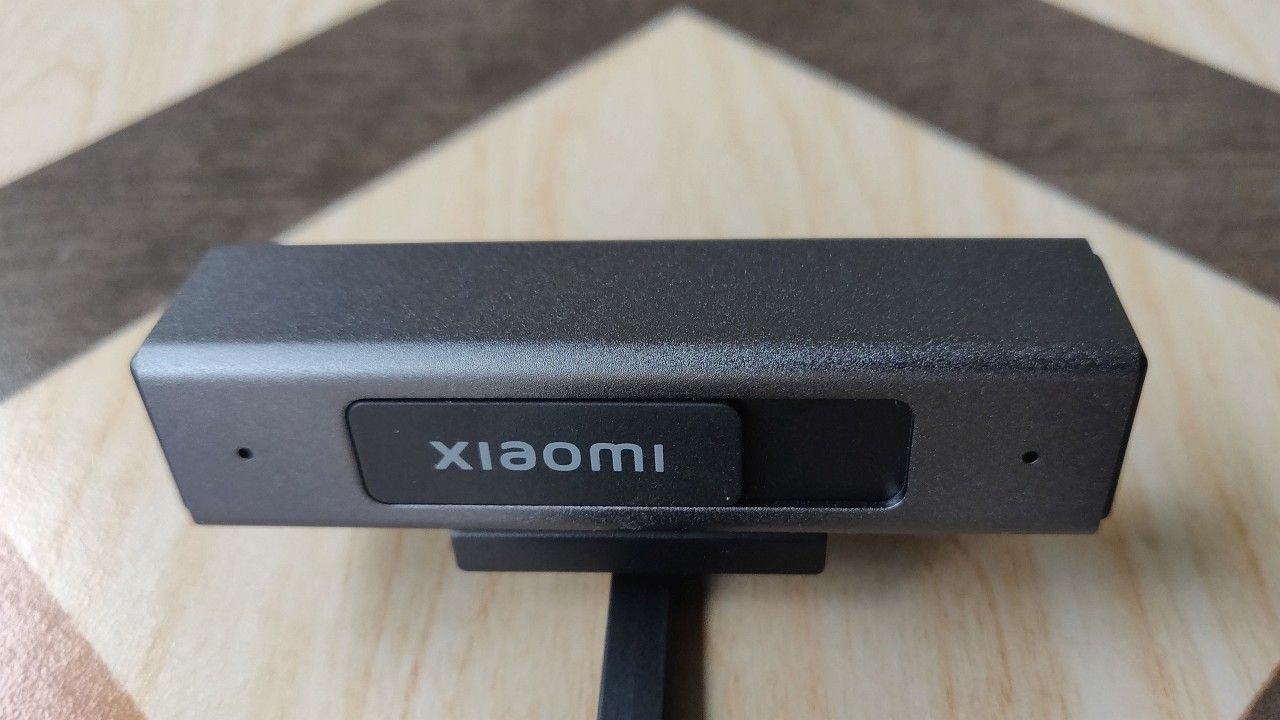 A slider is incorporated into the webcam unit to ensure there are no privacy concerns for users. Image: Tech2/Ameya Dalvi

The elongated rectangular webcam is quite compact, and weighs under 50 grams. It looks stylish with its metallic grey and black exterior, and its metal body lends it a fair degree of sturdiness. It can be placed on a desk or on top of your TV/monitor using the magnetic base and adjustable stand. There is a slider sporting company branding that covers the camera when not in use, and puts to rest most of your privacy concerns pertaining to this device. It has a USB-C port at the back and a white LED at the front that glows when the camera is in use.

How is the performance of the Mi TV Webcam?

The performance of the Mi TV Webcam is quite good, despite being limited to just one app at the moment on TVs. As mentioned earlier, Google Duo is the only app this webcam works with on Android TVs, and I am not sure the app is fully TV-ready yet. Of course, it is not the webcam’s fault, but when I installed Duo on an Android TV, it seemed a bit temperamental. There was no Open button to run the app, nor was it added to the usual installed apps library. I had to go to system settings and manually grant permissions to access the camera, storage and contacts for Duo to work. But post that, things worked well.

Video quality is sharp and noticeably better than most built-in webcams you get on laptops, as long as you are in a well-lit room. In relatively darker rooms, it manages to gain well, but the picture appears a bit grainy. A group video call on a large screen TV was quite enjoyable. The far-field mics were pretty good at picking up voice while I sat seven to eight feet away from the TV. Beyond that, you need to raise your voice above normal to be heard clearly.

I faced no such issues when using the Mi TV Webcam with a laptop or my Windows desktop as I was a lot closer to the microphones. Also, the webcam worked smoothly with all popular video calling apps such as Skype, Teams, Zoom etc. on Windows 10. 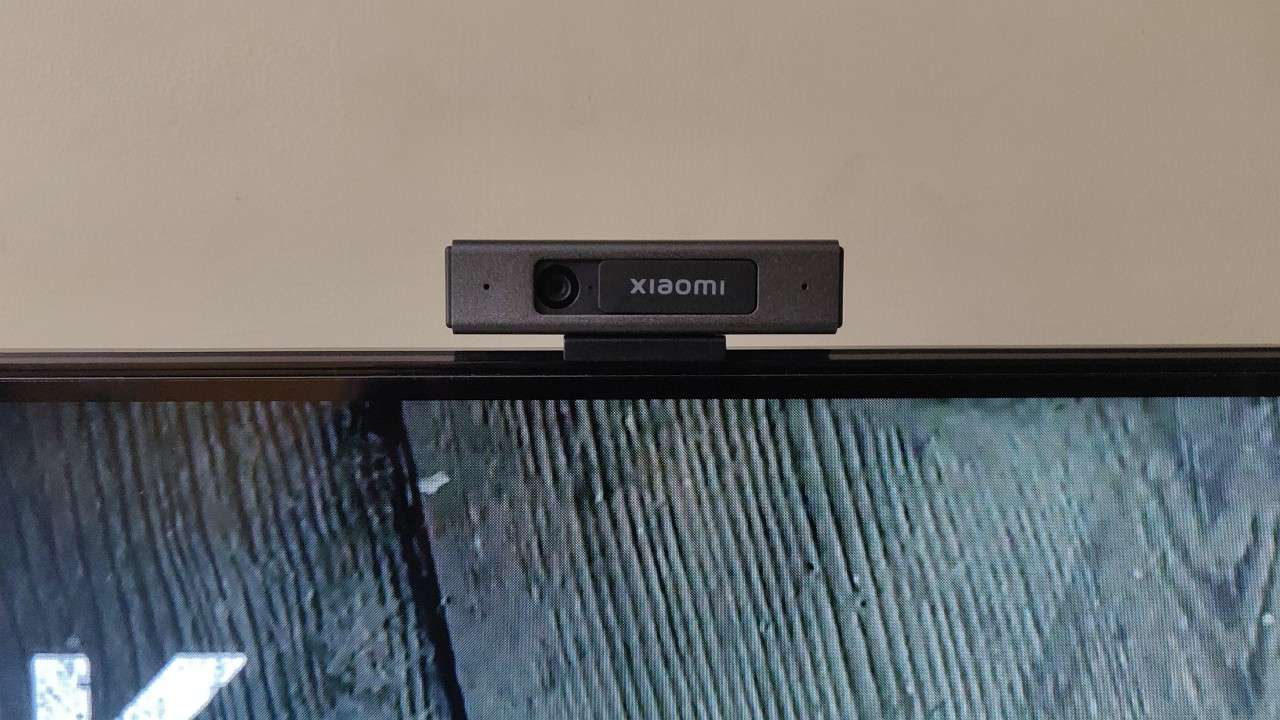 Magnetic base does not work with many TV frames, so many users may end up simply leaving it on the edge of the frame. Image: Tech2/Ameya Dalvi

What needs to improve?

The most crucial aspect that needs to improve is app support on Android TV beyond Google Duo. The second thing the company can look at is the stand and mounting mechanism. The camera module does have a magnetic base, but not many TVs have frames made of iron or other metals that the magnet can cling on to. So, you pretty much end up leaving the camera on the top edge of the TV rather than securely mounting it on the TV frame. There were no mishaps during testing, but I would have preferred a more reassuring fit.

Also, if you place the camera on the desk, it topples over easily with minimal force. A heavier base can probably solve that issue, too. Lastly, the far-field microphone quality can do with a bit of improvement. It is not bad, but given that this webcam is meant to be used with TVs, you are bound to be at least eight to ten feet away from the TV. The company needs to tune up the sensitivity a bit more to pick up vocal frequencies properly till at least three metres, if not the advertised four metres. Other than these points, there isn’t much to complain about. 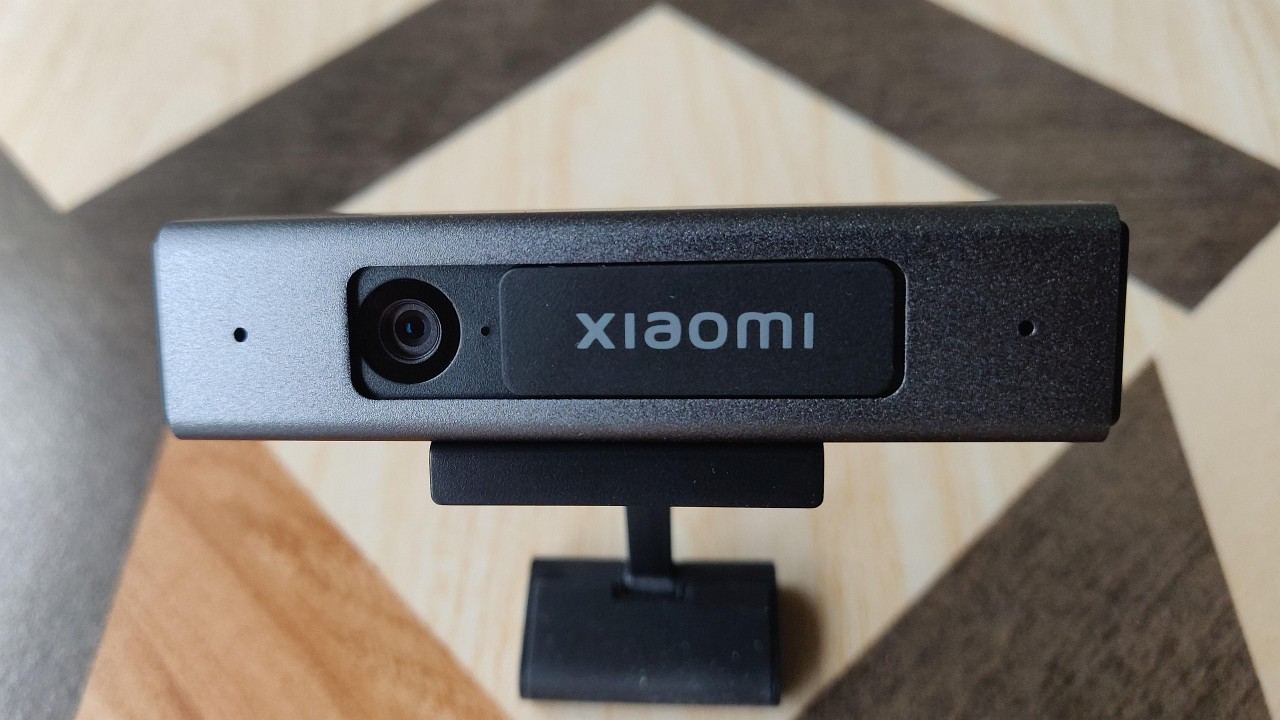 The Xiaomi Mi TV webcam is available for for Rs 1,999 with a one-year warranty. Image: Tech2/Ameya Dalvi

What is the price of the Mi TV Webcam in India?

The Mi TV Webcam is available online on the company’s webstore, Mi.com or at Mi Home stores and studios for Rs 1,999 with a one-year warranty. That is a pretty good price for a Full HD webcam, and compatibility with Android TVs is a big plus.

All said and done, the Xiaomi Mi TV Webcam is quite a useful product. Even if you treat it as just a regular webcam, it offers good value for money, as you get a Full HD webcam for under Rs 2,000. It is not a bad option even for those looking for an improvement over their built-in laptop webcam. The fact that one doesn’t need to install drivers to use it makes it handy for those who aren’t tech-savvy. And the fact that you can use it with Android TVs, regardless of the limited app support at present, adds an element of fun to it.

October 20, 2021
Microsoft says it will shut down LinkedIn in China as Beijing tightens control over tech firms

October 20, 2021
OnePlus Nord 2 5G and Nord CE 5G are on sale right now both online and at select retailers: Here’s where you can get the best deals

OnePlus Nord 2 5G and Nord CE 5G are on sale right now both online and at select retailers: Here’s where you can get the best deals