Being a more budget-friendly line of notebooks, the Vivobook line of ASUS laptops hasn’t been particularly impressive to me, a spoiled-for-choice reviewer used to MacBooks and premium Ultrabooks. The Vivobooks I’ve encountered thus far, and there haven’t been many, have been well-specced, but not particularly well-made devices, with average looks and displays.

The Vivobook Flip 14, though, manages to impress.

First, there’s the hardware. Rather than pack a low-power Intel chip with UHD graphics, this device is packing a Radeon 5500U with a Vega graphics chip. In other words, it’s good enough for some gaming on the side. 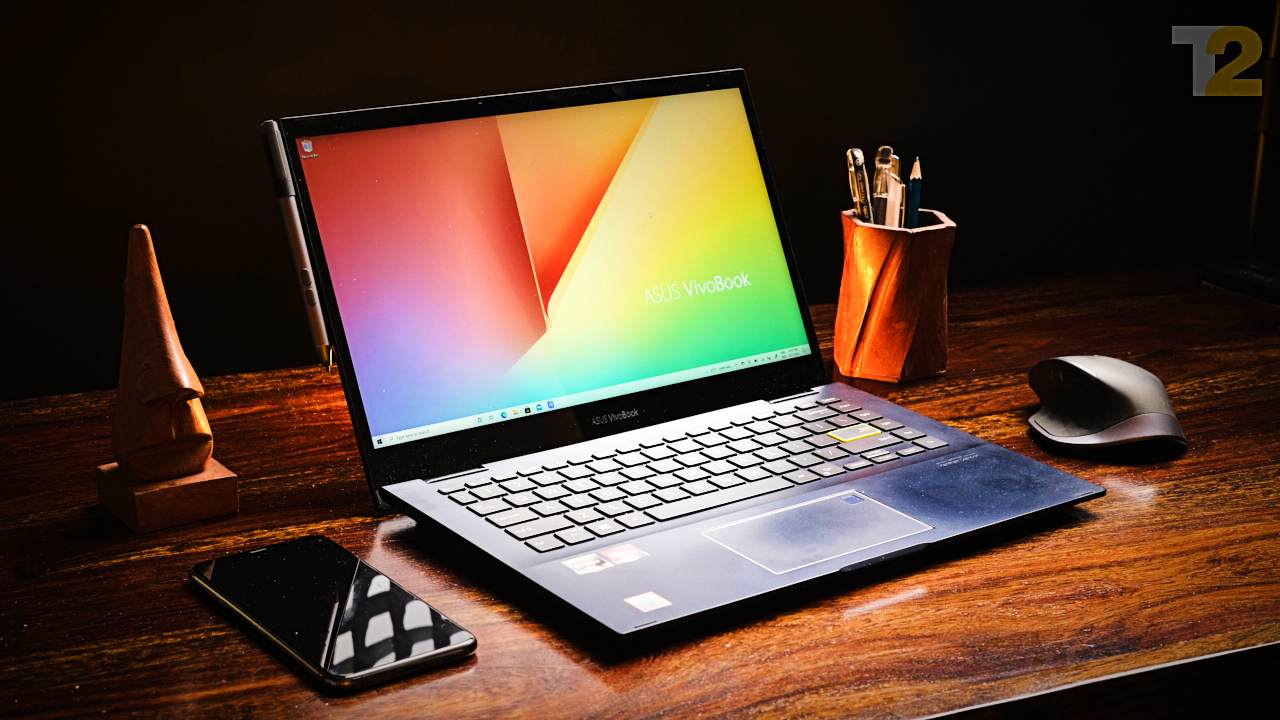 The Vivobook Flip 14 looks great and is built well. I do wish that the display was brighter and less washed out, but the overall experience is great. Image: Tech2/Anirudh Regidi

Secondly, the design is vastly improved from the Vivobooks I remember playing around with in 2019. The laptop looks good and feels more expensive than it is, especially in this all-black finish. I don’t understand why ASUS chose to sour the aesthetic with a fluorescent green ‘enter’ key, but in terms of appearance, that’s the only complaint I have. It’s otherwise a smart-looking device.

That said, at Rs 65,000, it also isn’t that cheap and more in the mid-range workhorse category, so some amount of quality is expected.

(I still don’t know why laptops offer a microSD card slot, or who uses one.)

The display is a 14-inch FHD unit and an OK choice in a laptop at this price. I measured an sRGB gamut coverage of a mere 56 percent, but an exceptional contrast ratio of 1400:1 at 120 nits. Max brightness is an acceptable 250 nits.

What this translates to is a great display for reading and writing and staring at graphs and charts, a passable display for streaming video on, and a recommendation to get an external monitor for editing photos and video. 250 nits is enough for indoor use, but in bright light or in the sun, it’ll be hard to work on that screen.

Putting the Flip in Flip 14 is the 360-degree hinge. The display flips over fully, allowing you to use the device as a tablet for either entertainment or sketching. I generally don’t like using laptops in this mode because a) they’re big and heavy compared to actual tablets and b) the keyboard is exposed and at the back and awkward to hang on to. I find tent mode preferable for entertainment, and if I want to sketch (with the bundled stylus), I generally prop the device up in tent mode or on a table with the keyboard facing downwards. To each their own, however, and if you enjoy using a flip-screen device, you’ll surely like the Flip 14. 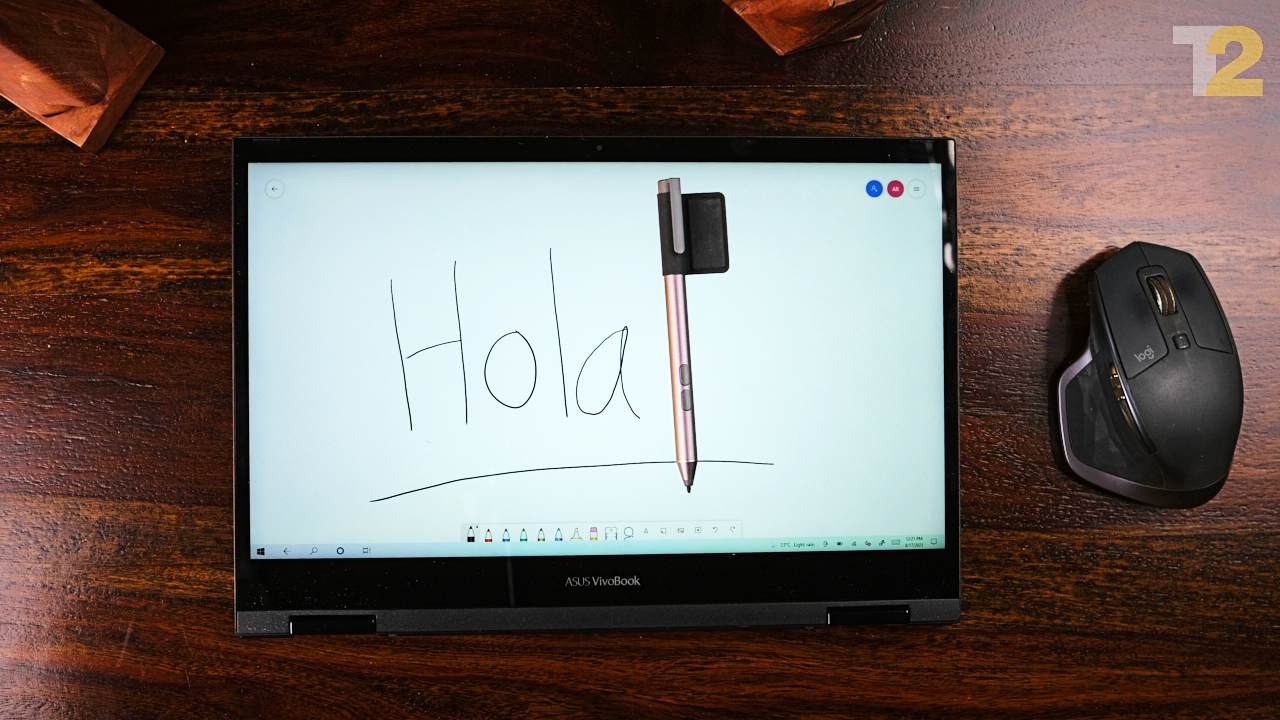 If you’re considering the Flip, it’s for the 360-degree hinge and bundled stylus. You’ll get similar performance from cheaper laptops if you don’t need either of those features. Image: Tech2/Anirudh Regidi

The bundled stylus does its job, though I did notice a slight lag when sketching with it. There was no skipping, however, and despite the lag, the rendered lines follow the traced path fairly accurately.

Rather than opting for a magnetic stylus and a mounting point on the side of the display, a feat that would be impossible given how thin the laptop is, ASUS has bundled a magnetic stylus holder that you can clamp onto the lid of the device. It’s a nice touch and keeps the stylus handy.

As mentioned earlier, the 56 percent sRGB coverage is only an issue for colour-critical work like image and video editing. For watching videos on YouTube or Netflix, it’s not bad. If you’re used to good displays, though, you will notice the slightly washed-out colours and the reds that tend to appear orange. This is most prominent in the Netflix logo, which is distinctly orange on this laptop (and on most laptops in this price bracket).

The speakers are passable and only useful in quiet rooms. They’re all right for voice frequencies, which is great for video conferencing, but I do think you’d prefer using headphones.

When gaming, the laptop managed to push a steady 60 fps in CS: GO at 1080p max settings. Light games and modern esports titles should be playable on this thin and light laptop.

Most impressive was the battery life, with the device surviving an impressive nine hours and 46 minutes in the PCMark 10 Modern Office benchmark, which simulates an office workload involving editing documents, light photo and video editing, web browsing and video conferencing.

Verdict: A great device if you’re looking for a flip screen

The Vivobook Flip 14 is a smart, modern device with a great build, an average display and great battery life. If you’re looking for a flip-screen notebook, go for the Flip 14.

If you just need a workhorse, however, I’d hold off till the Mi Notebook and Realme Book reviews are in. While they offer similar specs, both brands are promising laptops with larger and superior displays at a lower price.